People told me when I first moved here, that winter can seem long and depressing, with grey skies crowding in.  I didn’t see that as a problem.  I lived in Alberta.  Those are long winters.  I also lived on the Vancouver Island.  I was pretty familiar with grey skies.  I thought I’d be able to handle it.  Turns out, maybe I wasn’t as prepared as I thought.

I don’t know if it was the weather.  It might have been something else entirely.  Something about my car not being well-suited to winter driving.  For someone like myself, with limited mobility, being able to drive where I want represents a certain level of freedom.  Without it, I feel trapped.

Ever watch a cat wake up from a nap in a sunbeam?  There’s this long, slow stretch followed by a lazy roll.  The sun has the chance to reach every single spot on the surface of that cat.  Imagine how good that must feel.

I needed to go find a sunbeam.

Randomly choosing a direction, I set off to see what I could find.  Eventually, I found myself climbing Postill Lake Road.  I knew I wasn’t going to make it the 15 km to the lake, but I could go for a while.  After the initial stretch filled with potholes, the road smoothed out.  For a while, it was clear.  I stopped on the bridge at Mill Creek, where the air was crisp and the water was noisy. 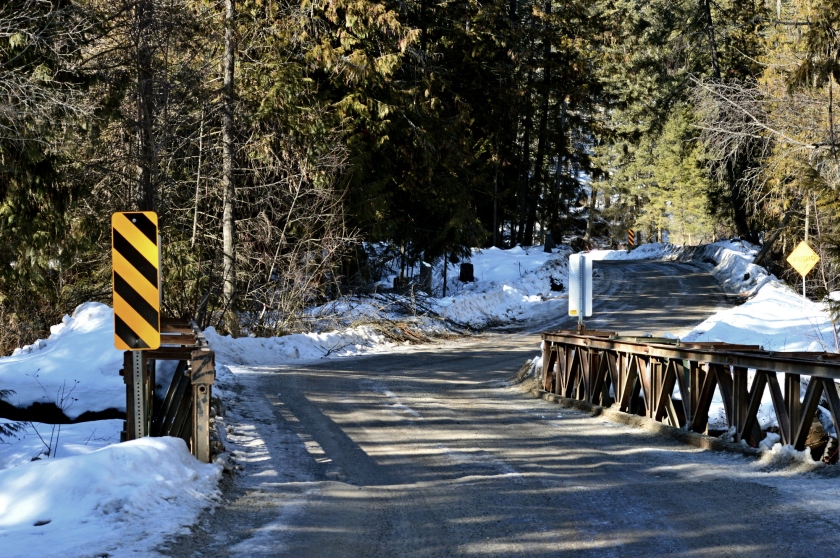 Although I couldn’t get too close to the creek, I could still see the ice.  I love looking at ice as it starts to break down. I like to see how it is effected by water and sun. 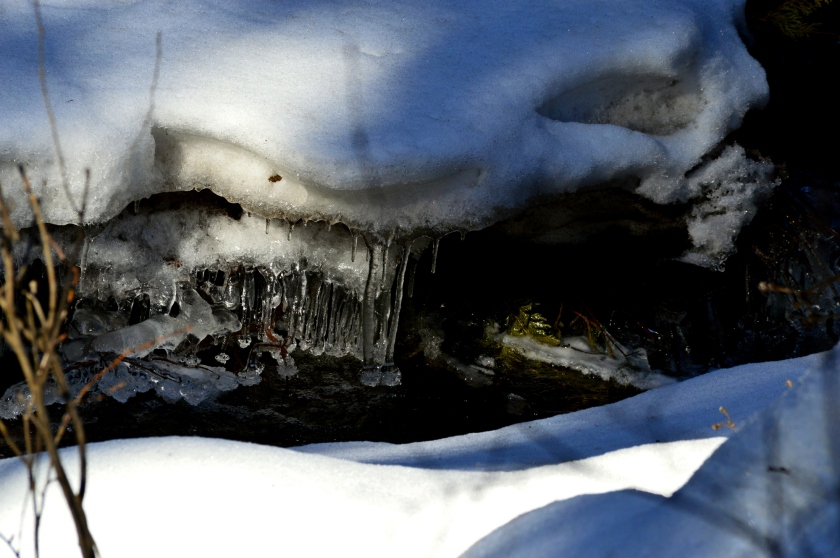 Likewise, on the rocky outcrops along the side of the road.  I could see the water moving beneath the thin layer of ice, bubbling along as it sought the quickest route to the ground.  That was hard to capture with the equipment that I had, but I could take photos of the frozen “falls”. 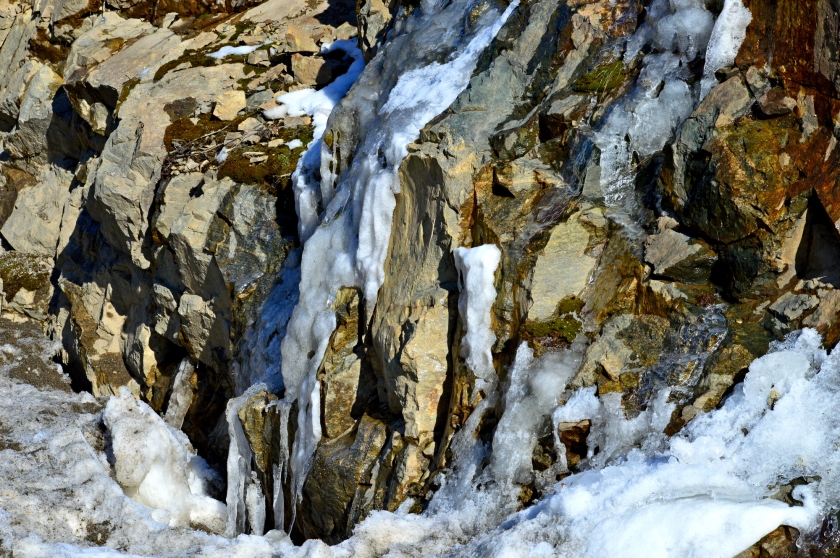 The higher I went, of course, the thicker the snow.  Snow crystals brilliant in the sun, unmarred by human touch, rolled upward along the hillsides. 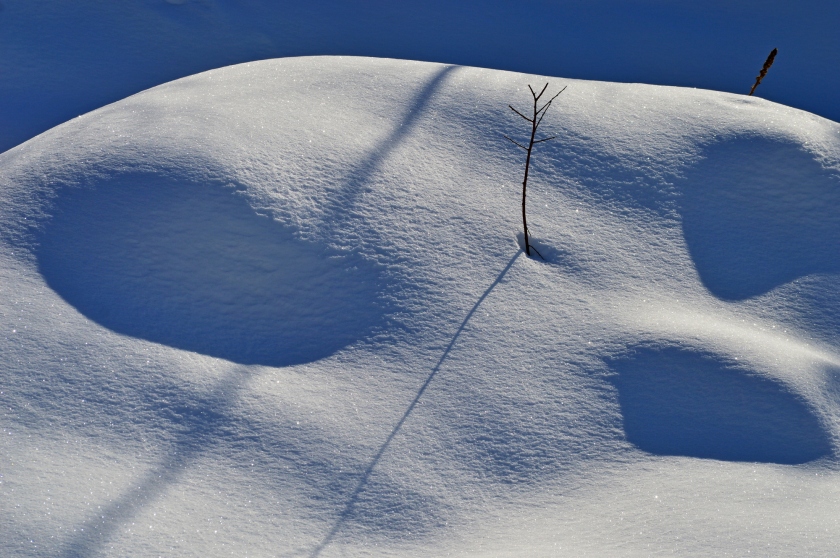 This picture made me want Kool-Aid, I don’t know why. 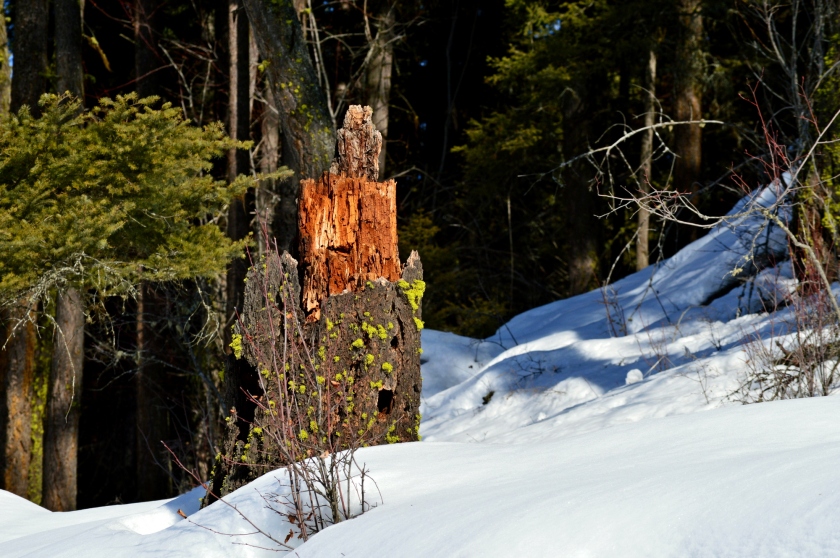 I’d gone as high as I was comfortable going, and it was time to turn around.  But I wasn’t quite ready to leave. I pulled over to the side of the road, turned off the engine and stepped out of the car.  Closing my eyes, I breathed deeply, letting the cool mountain air fill my lungs.  The breeze was cool on my face, and the sun warm on my back.  The air smelled of water and wood. The silence was spellbinding.

This was my sunbeam.

The brilliant blue sky was reflected in the streams of water running down the road, carving new paths in the gravel. 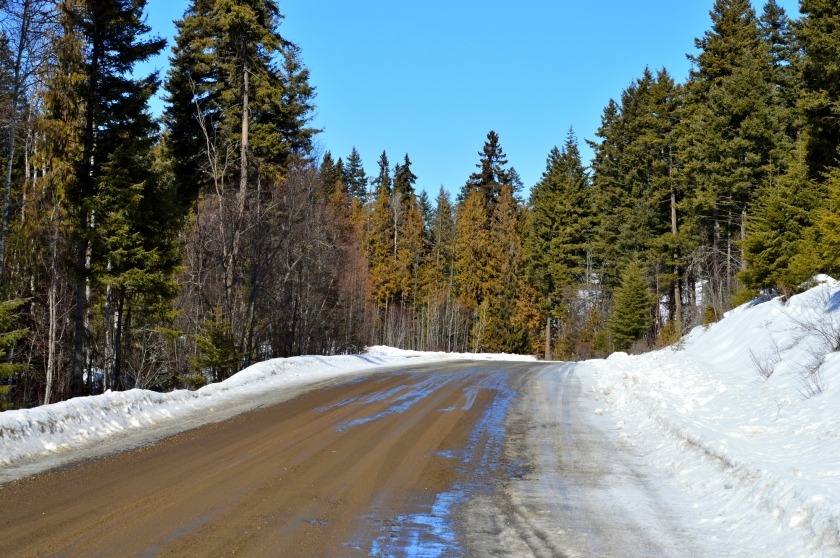 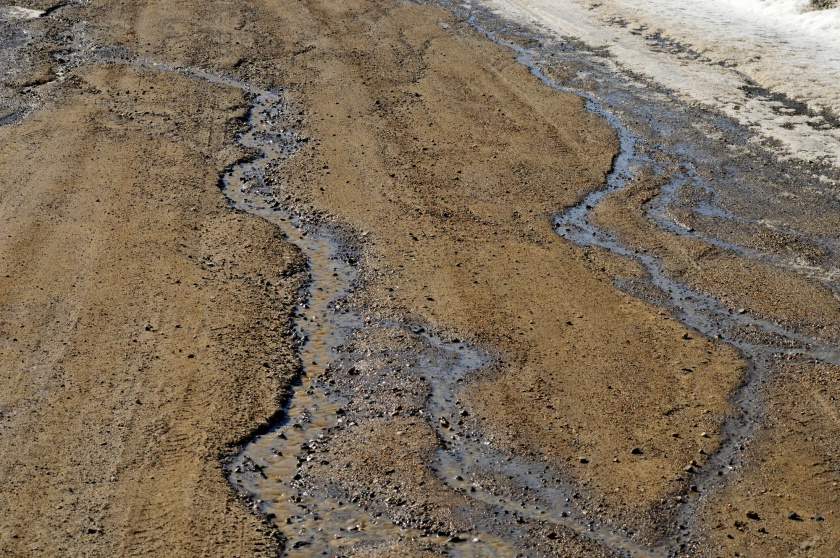 Looking at the snow piled on this rock, I imagined that you could read the layers like tree rings, to determine the number of major snowfalls there were this year. 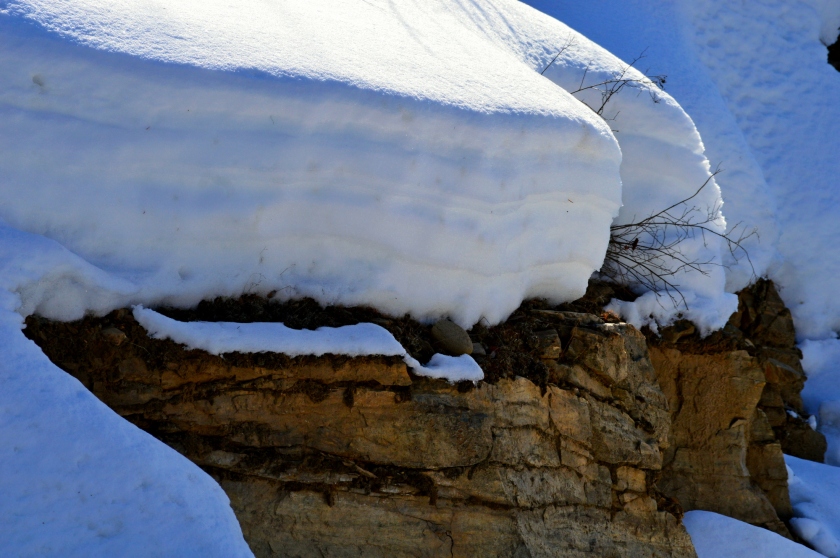 Finally, at just about the exact spot where I made my first stop of the day, I came across a herd of mule deer, the perfect ending. 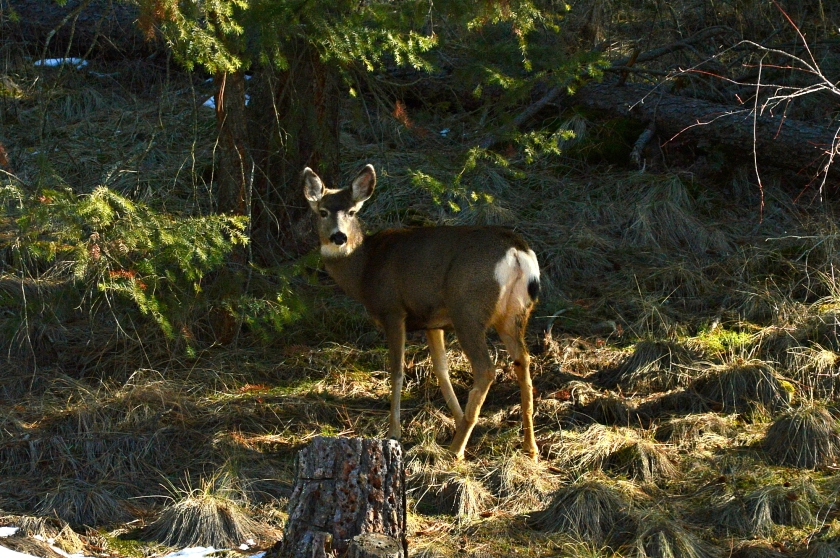 I see my doctor next week, just in case.  But I’m feeling a whole lot better.

10 thoughts on “Walking on Sunshine”